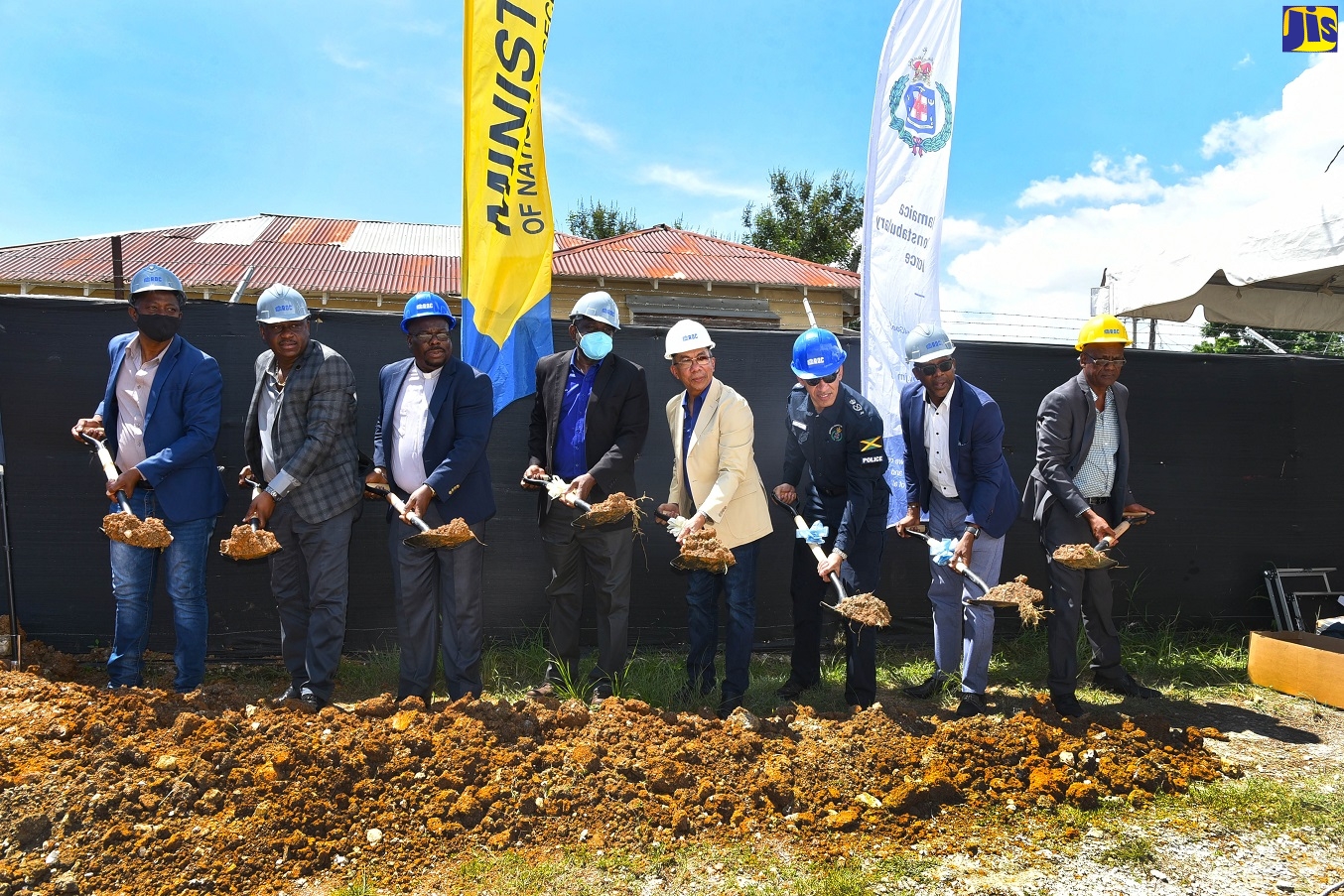 The station, to be built for $175 million with funding from the National Housing Trust (NHT), is expected to provide a more comfortable working and living environment for members of the Jamaica Constabulary Force (JCF).

The project will be executed by Marlon Turner Construction Company and managed under a partnership agreement involving the NHT, the National Security Ministry and the JCF. Construction commenced in August and is expected to be completed within 30 months.

In his address at the groundbreaking ceremony, Dr. Chang said the Government regards national security as a priority and remains committed to providing the JCF with the requisite resources to enable its members to better tackle crime and violence across Jamaica.

“I want to remind and re-emphasise the Government’s commitment to invest in security and, in particular, the Jamaica Constabulary Force. I want to remind the wider population that we have a commitment and [have] articulated a policy framework in which we would invest in security because we view disruption of public safety and good order and corruption as threats to the stability of our country and to achieving the kind of growth that we would like in the economy,” he said.

The Minister expressed confidence that with the appropriate investment in all areas, not only can disruption in public safety be reversed but corrected, and public order that the citizens deserve can be restored. Dr. Chang further pointed out that new crime-fighting legislation, including the Firearms (Prohibition, Restriction and Regulation) Act, will also aid in arresting criminality.

Meanwhile, Police Commissioner, Major General Antony Anderson, said the new station would provide improved working conditions for the JCF and serve as a haven for the community it serves.

“This station is significant, not only for our members… but this is for the community. It is a refuge for the community; it is somewhere to go if you have concerns, even if it is not about policing. The police, here at Frome, should accept you as a citizen and try and find a way to assist you,” he emphasised.