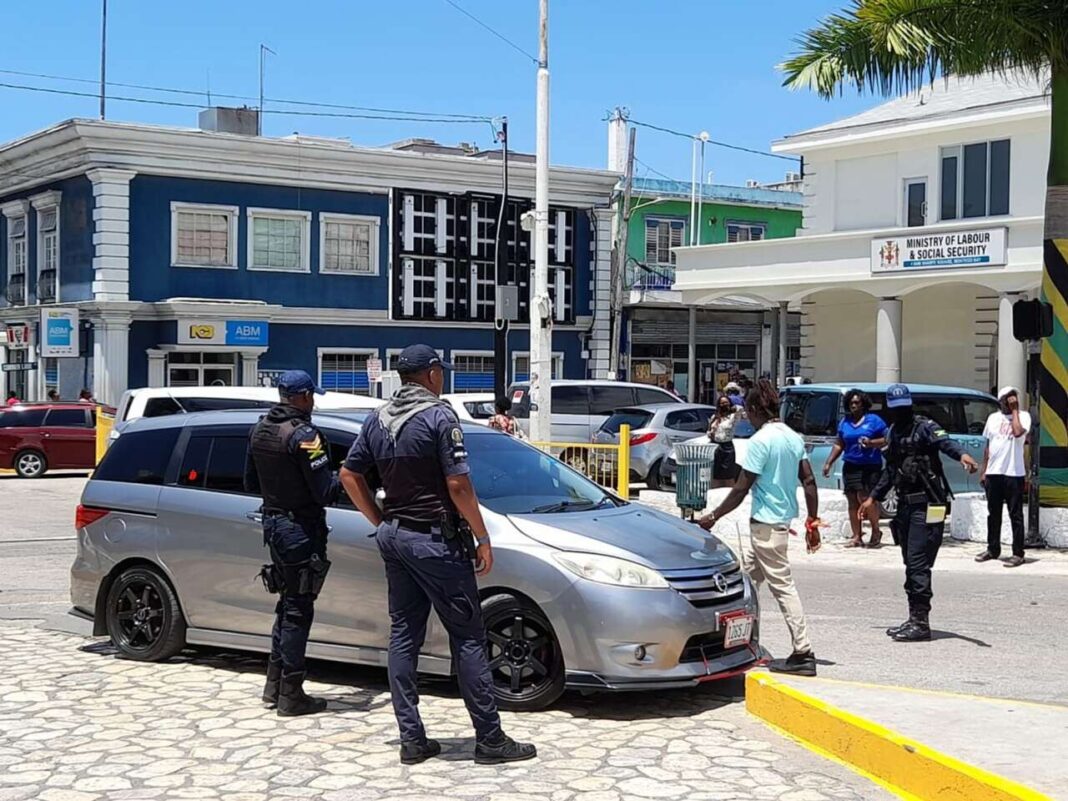 In an unusual turn of events, the usually maligned security forces have been receiving praises from residents for the cleaning up exercise currently taking place on the streets of Montego Bay.

Those heaping the praise include: business owners, hairdressers, and surprisingly, taxi operators and vendors (the two leading antagonists).

“Nobody wants to say much but the truth is that the security forces have been doing a great job,” explained

“Nobody could walk the streets…especially on the sidewalk without tripping over somebody. Now it’s a different ballgame and the security forces should be commended.”

“Great all-around job,” argued taxi-operator Joseph Lloyd. “Operation restoring paradise, a public order reset is a big move and should be practiced in every major town in Jamaica. Really want to big up members of the security forces.”

For his part, Gilbert Green, said his only fear is that the cleaning up exercise could be short-lived, noting that “we have gone down this road before.”

“I only hope its not a case of this being just for a period of time and then back to square one,” he added. “Then that would be a grand waste of time and where everything would blow up in the faces of everybody. I am just hoping that this momentum will be sustained.”

Others have also weighed in. “I know the security forces have repeatedly been under a lot of pressure regarding the crime situation…but this might be their moment,” explained Diving Instructor, Garfield Dussard.

“The plan they have put in place on the streets of Montego Bay has been a masterful one and has been reaping benefits.”

Dussard, whose water sport operations also have franchises in Falmouth, Ocho Rios and Negril said he is hopeful that Montego Bay will be an example for other towns, adding that “we simply have to take back our streets.”  Resident, Annessa Williams, agreed, noting that the streets are now much “safer, cleaner and easier to go about one’s business.”

“I do hope they can keep this up,” she added. “This is what we have been waiting for and something we allowed support.”

Meanwhile, Minister of Local Government and Rural Development, Desmond McKenzie, for his part, said that as it relates to the cleaning up exercise currently taking place in Montego Bay where street vending is considered a major source of the problem, a temporary location will be identified to house the vendors while the town’s main market, The Charles Gordon Market, is being repaired.

“We want to ensure we have an adequate facility to house all the vendors so they don’t have to go out on the streets to sell their goods,” the Minister noted.

The St. James Police have extended Operation Restore Paradise in Montego Bay, beyond 90-days. The initiative aimed at resetting public order in the city started on August 15 and was initially announced as a 14-day operation.

The Police have been clamping down on illegal taxis as well as illegal and unsanitary vending.

Senior Superintendent Vernon Ellis, who heads the St James Police Division says, it will take more than 2 weeks to properly regulate the space. He says that he will be requesting more support to sustain the operation.