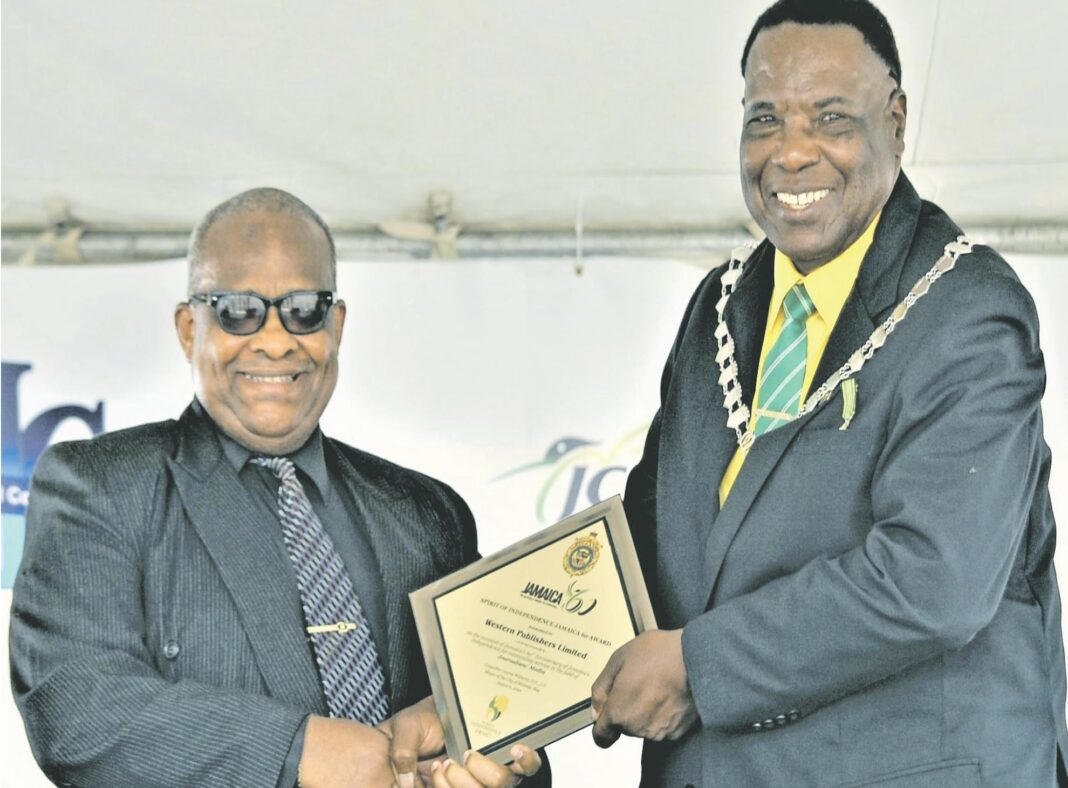 The Western Mirror brand got a double “gift” on Independence Day, August 6, when Western Publishers Limited received the Spirit of Independence Jamaica 60 Award and its Chief Executive Officer and Editor-in-Chief Lloyd B. Smith was selected to be conferred with the Order of Distinction (OD) on National Heroes Day, October 17 at King’s House.

The award to Western Publishers which publishes the Western Mirror was presented by the Mayor of the City of Montego Bay, Councillor Leeroy Williams, on behalf of the St. James Municipal Corporation in historic Sam Sharpe Square during the Independence Flag Raising and Civic Ceremony. The award is for outstanding service in the field of Journalism/Media.

Mr. Smith, who is popularly known as the “Governor”, is to receive his national award in the field of business, media and community service. In an interview, the “Governor” paid tribute to the original team of Evelyn Robinson, the late Dennis Barton, Michael Bryan and Miriam Williams for the vision they shared in providing the western city with its own voice. The Western Mirror was first published on October 4, 1980, some forty-odd years ago. He also praised the workers, some of whom, he said, had been with newspaper since its inception, for their dedication and hard work.