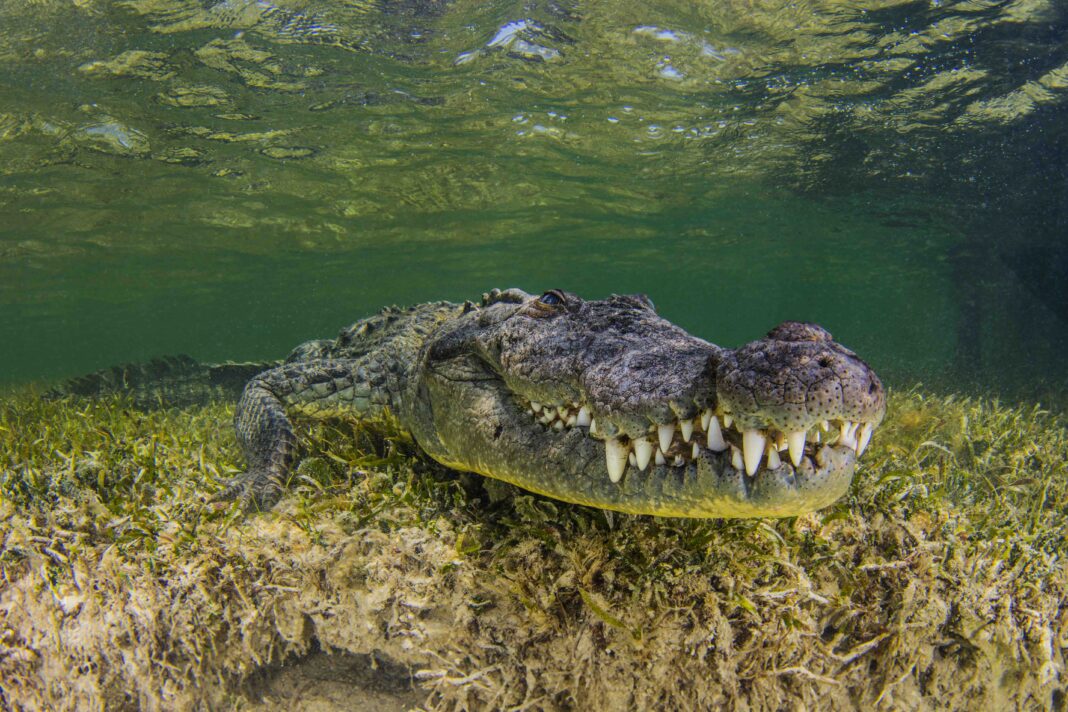 Recently, another crocodile found itself far too close to people. Residents of Seaview Gardens in St. Andrew roped a big croc and dragged it out of a canal.

Luckily, cooler heads prevailed and the croc escaped a planned beating. JDF kept order until a team of experts from NEPA and Hope Zoo arrived to remove the animal to a safer place.

Since Jamaica’s crocodiles came under the shelter of the Wildlife Protection Act in 1971, their numbers have been slowly increasing while the amount of suitable “wild” habitat has been steadily shrinking. Floodplains were drained and dumped up for commercial development, rivers were blocked and polluted with trash and industrial waste, and coastal mangroves were chopped down or ripped up for houses and hotels. As a result, crocodiles are finding themselves in areas of human settlement.

Many young crocs have grown up in the sight of people and don’t consider them a threat. Trash-thrown in gullies is a welcome source of food. Crocodiles have been found in micro-dams used for irrigation, commercial fish ponds and local canals, drainage ditches and gullies. They are also reported doing well in the Bogue, Greater Portmore and Hellshire Heights sewage ponds. These areas meet crocs’ needs quite well.

Security arrangements for most of the ponds also ought to give the crocs some safety from their worst enemies – people – but NEPA acknowledges that it may not.

When crocodiles get too close to human settlements, the people who are drawn to them fall into two groups, poachers and petters. The poachers just want to kill the crocs and sell the hides and meat.

They set themselves up for a big fine and some jail time if caught and prosecuted, but it’s unlikely they will be. NEPA’s enforcement resources are limited, and no one else seems to care.

Some of the petters want to tease and play with the crocs. If this reaches the point of abuse or harassment, it’s also worth a fine or jail time under the Wildlife Protection Act, but only if the abuser is arrested and convicted. NEPA regularly receives videos of these episodes. Sadly, if the croc strikes back it’s the one that gets shot.

Others, including some pet tourism operators who use the crocs as an attraction, want to feed them regularly to bring them close and get them to act friendly.

That’s dangerous for both sides. Your “pet” croc may come when you call it, but it doesn’t like you. It just expects to be fed. If it’s disappointed, your pets and livestock — and possibly you and your children – are in danger. People who lose respect for the crocs’ ability to do them harm can end up badly injured, and crocs who become a nuisance can end up dead.

Does Jamaica have more crocodiles than the remaining habitat can support?

That’s a question still being considered (after nearly three years) by the Crocodile Rescue, Research and Operations Committee, a longstanding body with members from NEPA, the Hope Zoo and several environmental NGOs.

It was recently reported that a national crocodile census had been completed.

Now, this committee’s job is to advise on a national crocodile management strategy. That’s bad news for the crocs. “Management strategy” usually means “How many of these animals can we sustain and how do we dispose of the rest?”

According to the draft Action Plan, the answer is farming –the population that doesn’t fit into “ecotourism and protected areas/wetlands” is raised and slaughtered for hides and meat.