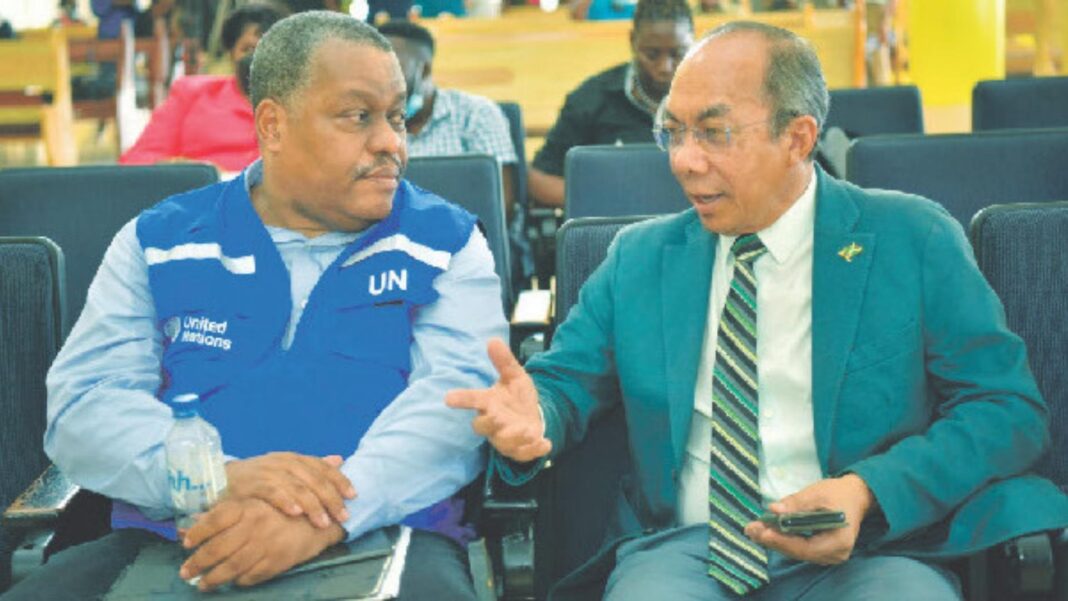 The 12-month-long pilot project, funded at 74.6 million dollars and which will benefit Norwood in St. James and Denham Town in Kingston, aims to reduce or eliminate the factors which facilitate the illicit trafficking of firearms and ammunition into the country as well as to address the root causes of violence.

The project, which is being led by the Ministry of National Security, will be implemented by the United Nations Development Programme and aims to nullify the factors which facilitate the illicit trafficking of firearms and ammunition into the country, as well as to implement measures to reduce the prevailing causes of violent crimes across the country.

Dr. Chang says the project has come at a critical juncture in the society with more than 85% of homicides are committed with the use of a gun with Jamaica having the highest murder rate of any democratic country in the world.

“Violence and crime do damage to our economy. It is not only what we lose and what it cost us, but there is no measure of the level of lost opportunities that criminals, violence and corruption pose on this country,”

“This programme aligns with Jamaica’s goal as outlined, and that is a society which is secure, cohesive and just,” he added.

The ‘Reduced Small Arms and Light Weapons in Jamaica’ project will utilize four key components to achieve its objectives: a desk review and situational analysis of Jamaica‘s current needs and constraints in relation to crime and small arms control; virtual high-level consultations and bilateral meetings with key stakeholders on issues of citizen security and safety in Jamaica; development of a mission report with recommendations for focus areas for the UN Country Team; and development of the UN Joint Project Document for enhancing citizens’ safety and security in Jamaica to include a focus on armed violence reduction.

United Nations Resident Coordinator Dr. Garry Conille, indicated that the UN is committed to working with Jamaica to turn the tide on the illegal use of small arms and the homicide epidemic.

“I, therefore, join the government in calling on Jamaicans everywhere to see themselves as change agents, to reject the urge to participate in the illegal trade of guns and instead, to actively participate in the transformation required to build peace in this small island,”

Dr. Conille said. Resident Representative of the (UNDP) Denise Antonio indicated that the project will be reviewed for its effectiveness and should it meet the objectives then the possibility exists for additional funding and an extension of the project to other communities across the island.