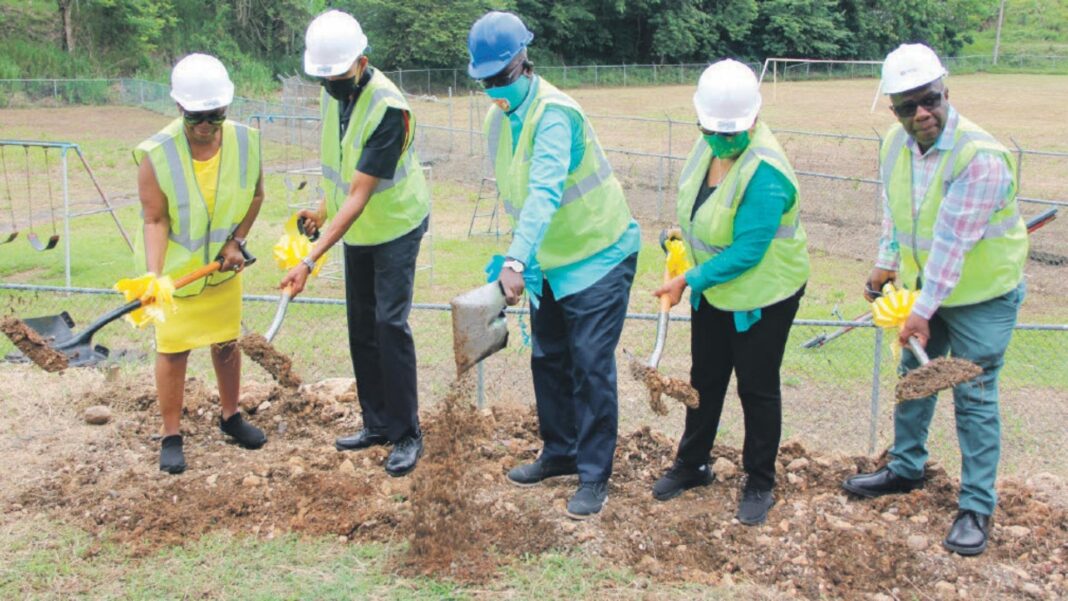 On Friday, June 17, Local Government Minister, Desmond McKenzie, ceremoniously broke ground for a new fire station in the community of Ulster Spring in southern Trelawny. When completed, the station will become the second fire station in the parish and will provide fire coverage mainly for the southern section of the parish.

During his remarks, the Minister indicated that he expects to open the new building next year. “When we break ground for this facility,

I’m expecting that for the latter part of this year, construction will commence and I’m committing myself to be back here next year, long before now, to open this brand new facility here in Ulster Spring” the Minister stated.

The facility is expected to house 45 members of staff and will be able to accommodate two units, a pumper truck and an ambulance. It will be built from retrofitted shipping containers and will have areas for recreation, dormitories, kitchen among other spaces.

For McKenzie, the new facility should provide relief in terms of time to access fires that may occur in that section of the parish. “We’re here today to break ground in this part of Trelawny that only has one fire station and that is the one in Falmouth. So, if something happens, you get a response from Christiana or you have to wait seventy-plus minutes for a response from Falmouth” he remarked.

Commissioner of the Jamaica Fire Brigade, Stewart Beckford, during his address also looked at what response times currently stand at when dealing with an incident in the south of the parish of Trelawny.

“We recently conducted a review of the fire ncoverage of the parish which revealed that the average distance from Falmouth station in the north to the southern belt of the parish is approximately 50 kilometers with an average response time of approximately 75 minutes and if we were to respond from the adjoining parish in Manchester from the Christiana fire station, it would take approximately 45 minutes for that truck to get here” he highlighted.

“And so the construction of a station in this part of the parish will significantly reduce the Brigade’s response time which will result in a more efficient and effective response to an emergency which will ultimately lead to improving service delivery to the people of South Trelawny” he further added.

When completed, the new facility will become the fifth such that has been built since 2016, a fact that Minister McKenzie was keen to share with the gathering.

“This is going to be the fifth fire station that this administration has built-in Jamaica since we became the government in 2016. We have built a brand new station in Montego Bay to facilitate fire boats, we upgraded the one in Kingston, we built a brand new station in Old Harbour, we’ll be opening the fire station in Yallahs shortly, Port Maria will follow soon and we opened a multi-purpose high-class facility in Montego Bay a couple weeks ago” he highlighted.

‘We Are Your Friends Not Your Enemies’ – St. James Police