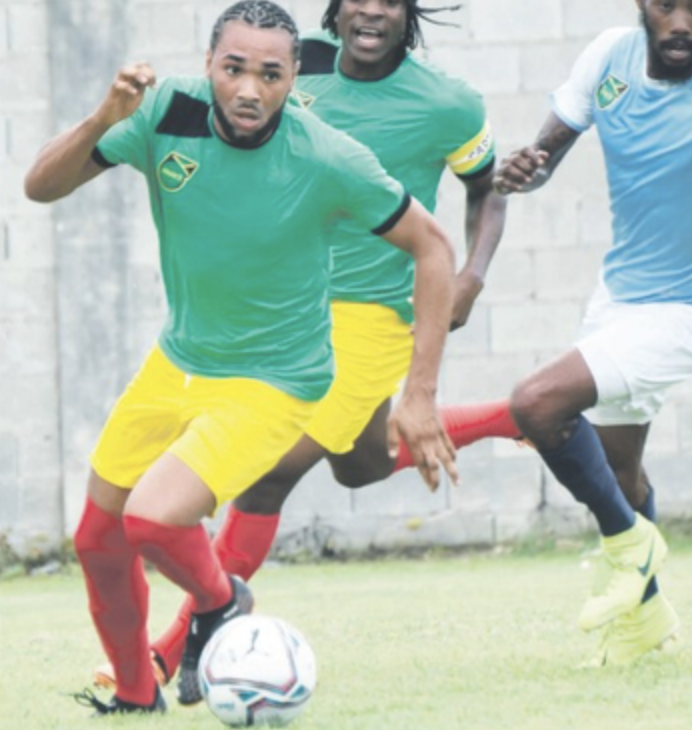 Western teams Wadada and Hopewell recorded opening day home wins on Saturday, June 4, as play finally got underway in the Jamaica Football Federation (JFF) Tier Two League. Both Wadada and Hopewell, playing at Irwin High and Orchard Sports Complex, respectively, recorded identical 1-0 wins over Albion Mountain and True Juice to be joint three team leaders at the top of the board.

Hopewell and True Juice ended the contest 9-men each after the referee flashed four red cards. The other western teams on show both had to settle for a point each as the big clash involving early favourites Faulkland and Falmouth at the Elleston Wakeland Centre shared two goals down the middle in a thrilling 1-1 draw. Tyshaun Hill sent Faulkland ahead from the penalty spot before Falmouth earned a share of the spoils.

Meanwhile, over at Irwin, a youthful Wadada survived some early pressure to see off the challenge of a confrontational Albion Mountain side full of running.

Akeem Smith found the vital goal for the Daniel Ricketts coached Wadada in time added on (90+3) as they claimed all three points from an Albion Mountain side which self-destruct throughout the 90 plus minutes, ending the encounter with 10-men.

On as a substitute, Smith hit the back of the net in the 67th minute of the contest, stabbing home from a close range between two defenders after getting on the end of a well-weighted cross into the box from a build-up down the left flank.

Wadada had their goalkeeper Jahiem Johnson to thank as he single-handedly kept them in the encounter with some point-blank saves, including one at the feet of the Albion Mountain attacker with his four-man backline comprehensively beaten.

Albion Mountain played the entire second half with 10-men as Russian Harding was the man given marching orders on the stroke of halftime, for foul and abusive language directed at the referee.

Though delighted with the three points, Coach Daniel Ricketts bemoaned the lack of discipline by his defenders… “We gave up the ball too easily in our defensive third, we gave the team (Albion Mountain) too much space to play, but in the second half, we adjusted, step-up the team some more to stop them from playing and we were successful in doing so,” he told the Western Mirror. Ricketts also spoke of the missed chances created by his team… “It’s something we have to work on, you know, the most difficult part of the game is to put the ball in the net, so continuous work, and I know the more chances we get the more goals we score,” he added.

Back on the hunt