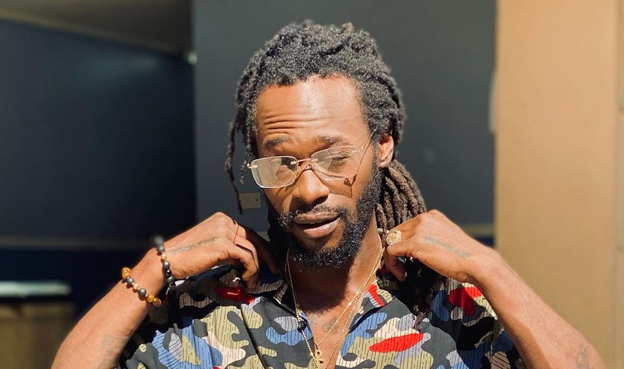 Jesse Royal’s sophomore album, Royal, is expected to drop on June 11, and it seems the veteran reggae/dancehall artiste has used it to open up himself to his fans around the world. He spoke about the inspiration behind the album and what he hopes it will achieve. He‘s admitted that he hasn’t held anything back and has poured all of his true and real emotion into the album.

It’s been almost ten years since he dropped his first mixtape Misheni in 2012 and just under five years since his first official album Lily of da Valley. He touches on multiple topics in his latest album, including not being able to spend as much time with his daughter because of the ongoing pandemic.

“It is an offering where I talk about love, the good side and bad side, me a talk bout me missing my daughter and not having enough time with her during a period where the world is so shaky and me a talk bout friendships in a real way, it is the most vulnerable I have been. So, when I really check it I say yo, this look like a Royal them really getting.”

Jesse Royal revealed that he had been working on the album since 2019, but for obvious reasons, it was delayed. Like so many other artistes who have had to readjust their method during the pandemic, he was forced to find a new way of doing things. This is where his vulnerability on the album came from, he explained. It has been a huge adjustment as well since there has been little to no concerts, parties, or roadshows. In the end, the new forced way of doing things gave him time to heal, he added.

The “Finally” singer also said that he looked for more unity on this album and some of the features include Vybz Kartel, Protoje, Kumar, Samori, and Ghanian singer Stonebwoy. He enlisted the help of Worl’ Boss because he wanted to ensure that the message of the song “Rich Forever” would hit the masses. It is the first single on the album.

He revealed that he has a lot of respect for Kartel and believes that he “will go down in history as one of, if not the greatest, dancehall artiste to ever live.”

He added: “There is nobody who could have delivered that message like him. Him know really the richness now, don’t you get it twisted. He have to talk to the youth in a way cause they look pon rasta like we holier than thou, it take one of their own to talk to them.”

The “Lion Order” deejay also shared about why he enlisted Samori. He explained that the artiste was one of the people that he not only listened to but respected as well. He described him as “one of the greatest voices outta Jamaica.”
He also shared his favorite track on the album, which he said was “Dirty Money,” featuring Stonebwoy. His love of the track comes because of the “different tempo,” which he said helped to create “a very unexpected sound.”

The album reflects on his current situation and place in the industry. For example, “Home” is a tribute to his two daughters, while “Differences” focuses on the trials of love. And, of course, he takes the time to make sure that there are tracks about black empowerment. “Rich Forever” and “Black” are two examples of this. When asked about the many different influences on the album, he responded: “Reggae is the expression and that can be expressed in any way. Let’s get that out of the way.”

He used Bob Marley as an example of how reggae musicians kept experimenting with different sounds to come up with unique offerings. He also shared a little bit about how the Marley family influenced his career. This was mainly through a close bond that he formed with Daniel ‘Bambaataa Marley, Ziggy Marley’s first son.

Through that friendship, he had the privilege of sitting in with Ziggy and the Melody Makers’ rehearsals.

“Uncle Ziggy and Uncle Steve (Stephen Marley) them a definitely some of the biggest inspirations in terms of direction with music, how they approach the music, the reverence they give to the stage, the honour we give to the work we were bestowed, it is more than yo, we want to be famous, with them it’s a mission, we do this for a reason. Bob set the thing to the highest degree so there is no shaking and them thing is so important to me,” he said.

Royal also revealed that Stephen would become a major influencing character with his decision to pursue a musical career. He said that Stephen urged him to follow his true calling and to “just trust your creator.”